A swift holds a hank of yarn while it is being wound into a ball, so you don’t have to fight it all the way.
If you’re a hardcore knitter, you buy your yarn from hippy communes in faraway places, or you spin it yourself[1]. This gives you yarn in hanks – long loops that are good for dyeing, but non-trivial to knit with. To get it into a ball, you need someone or something to hold it and prevent tangles, while you do the winding by hand or with a ball winder. That’s where the swift comes in: it holds the yarn, and rotates gently on demand, allowing to you to unwind/rewind yarn as needed without requiring a large family to assist you.
The canonical example of a swift is the umbrella swift. 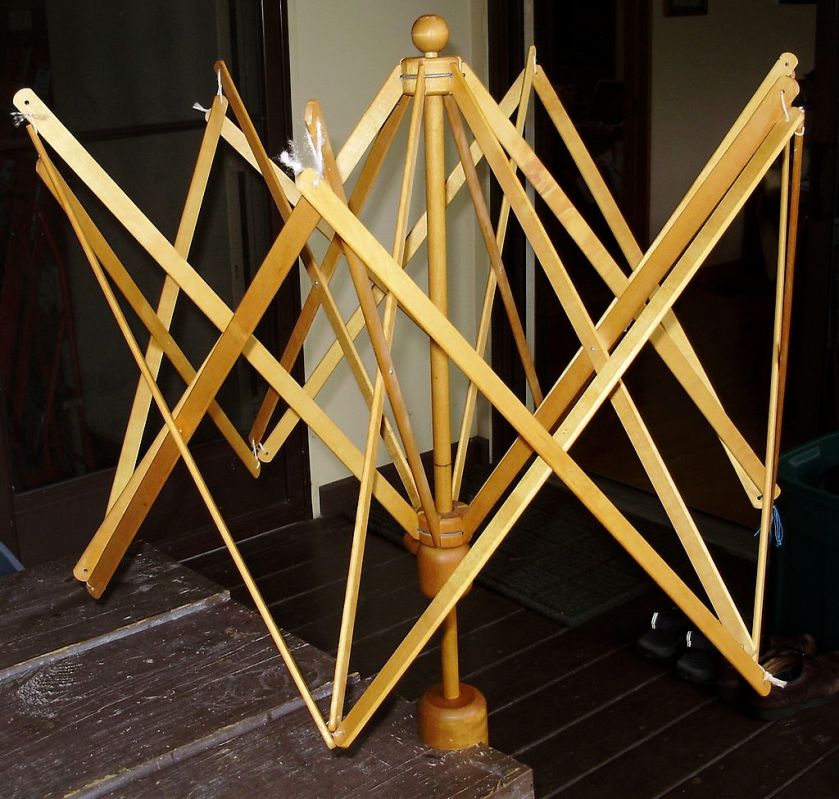 We[2] wanted something similarly light, yet sturdy enough for the wildest of knitting parties.  After extensive tea, we converged on a design that uses scissoring arms to expand and contract.  A bit of CAD and lasers later, we had this:

Three arms are mounted on a spindle that rotates around a threaded rod. It can rotate freely, but has sufficient dampening to not overshoot – it just feeds you yarn on demand.  Cable ties make good hinges, apparently. 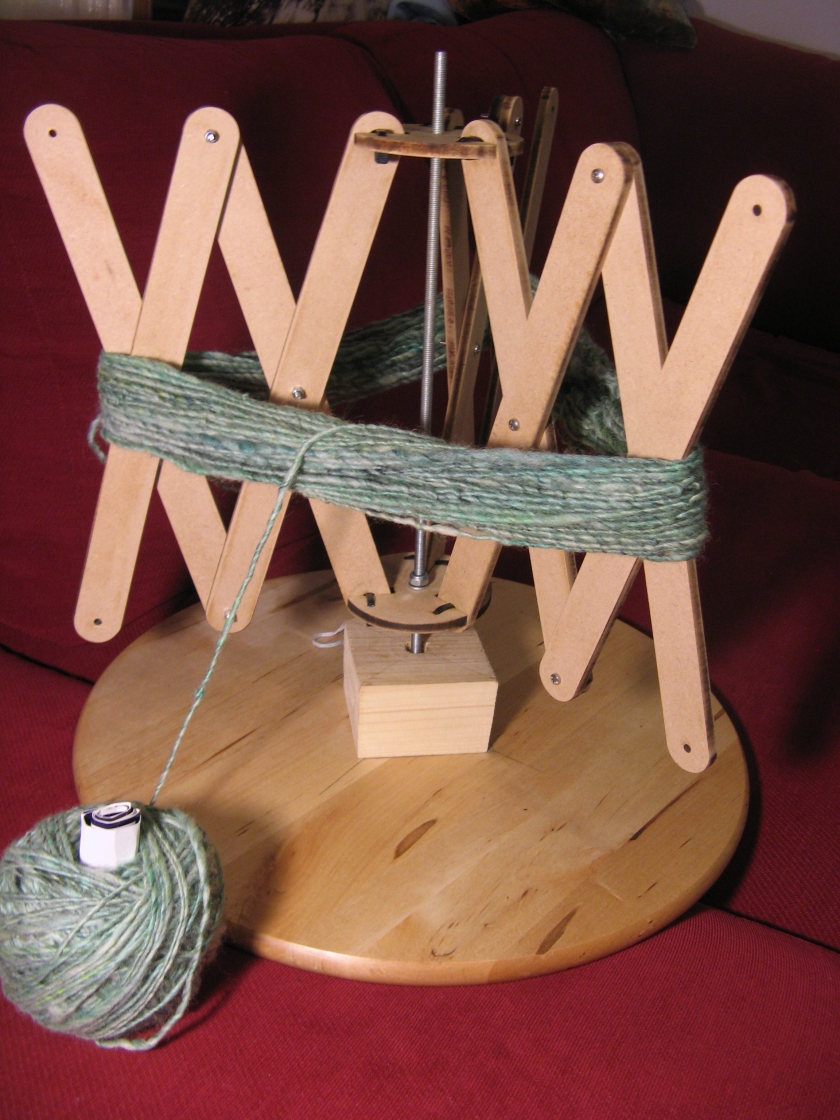 The arms of the swift expand to the diameter required for the skein when you press the top disk downwards, to at least 1.8m, for our design.

Design files and instructions are available on Thingiverse.
[1] Disclaimer: we are not knitters, this is merely an observation.
[2] Rob